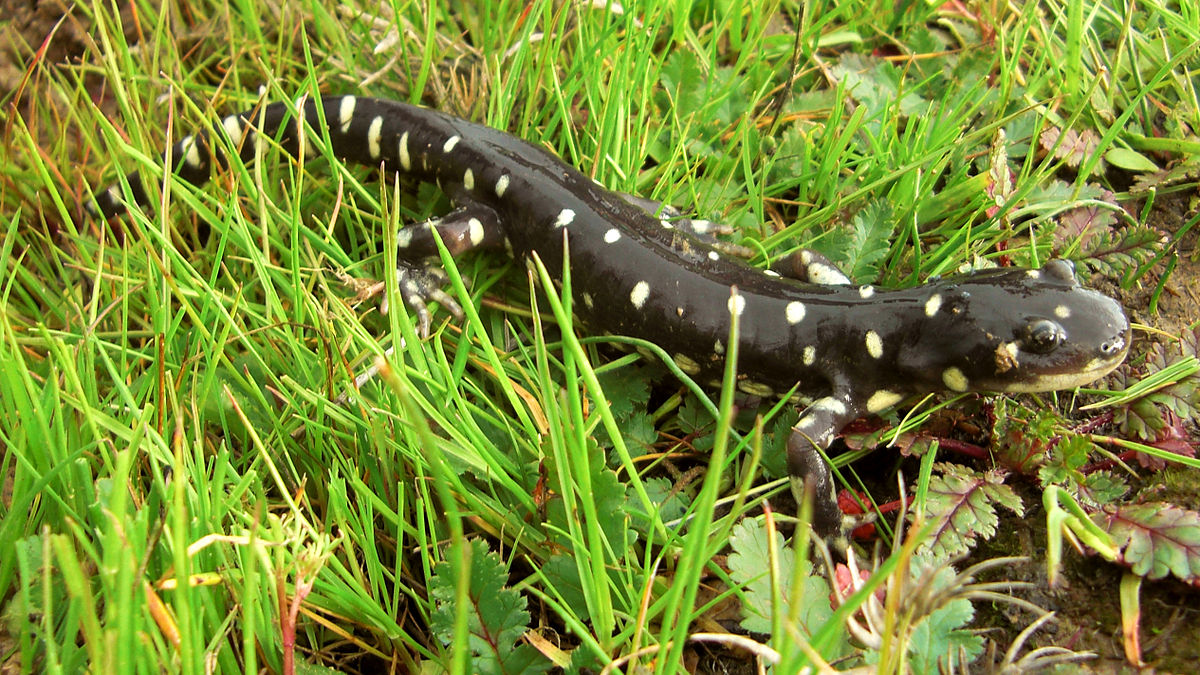 Have you ever heard the story of how coal miners would take canaries down in the coal mines to warn them of danger?  Methane gas and other gases can be toxic at high levels and the idea was to take a canary down into the coal mine and if he dies then it was early warning sign for the workers to leave because of toxic gases.

Stream ecologists can survey a creek or stream searching for indicators species such as mayfly larvae, dragonfly larvae, or crayfish.  These specific organisms prefer clean water and if a scientist cannot find them in a stream which they are native it could indicate a problem.  When these organisms are not found then the scientist will do further tests such as testing for dissolved oxygen, elevated levels of nitrites or ammonia, and also temperature.

Lichens can be used as an indicator species for air pollution.  Certain species of lichen have a low tolerance for air pollution.  Amphibians, like the tiger salamander above, are good indicator species because their skin is moist and permeable which allows for a variety of pollutants to enter their body.  Lobsters have become indicators of climate change.  Warmer ocean temperatures will effect dissolved oxygen levels and salinity levels which lobsters are sensitive.

What if in the Spring you did not hear any songbirds singing?  What do you think that might indicate?